Giving to others is giving to yourself

The United States is well known for consistently being the most charitable country on the planet (though, according to the World Giving Index, the good people of Myanmar surpassed the USA in 2015). In fact, charitable giving here is at a level high enough for it to be a notable percentage of GDP. In its most recent report, Giving USA noted that “charitable donations have hovered around 2 percent of GDP for many years.”

Of this trend, Jeffrey D. Byrne, chair of The Giving Institute and president and CEO of Jeffrey D. Byrne + Associates in Kansas City, Missouri, noted that, “between 2010 and 2015, growth in charitable donations actually outperformed growth in GDP,” adding, “consider this: inflation-adjusted total giving grew at an annualized average rate of 3.6 percent during that time frame; meanwhile, GDP growth grew at an average rate of 2 percent.

There are a couple basic explanations for it that are nicely summarized by lots of research. A few years ago I read one such study about altruism and neuroeconomics. It was written by a professor of economics at the University of Oregon, William Harbaugh, and several of his colleagues. In their research, they examined how the brain's pleasure circuit responded to differing approaches to charitable giving and, since he's an economist, paying taxes. Their findings suggest that people’s motivations for charitable giving can be summarized via two primary explanations.

The first posits that some individuals give to charity out of perfectly altruistic intent. According to this theory, people feel satisfaction from providing a public good, like assistance to the needy, and they care only about how much of a particular benefit is offered, not the process by which it occurs. This model implies that these individuals derive a measure of pleasure even when such a transfer of wealth is mandatory (as in the case of taxation).

The second intrinsic motivation for giving, called "warm glow," suggests that people derive satisfaction from giving when the act itself is based on their having exercised personal agency. In other words, giving feels good to people when they feel a connection to a cause or a person and voluntarily contribute time, expertise, or money.

Regardless of which bucket you fall into, there is something inherently special about the way we feel when we give to - or serve - others. Giving of ourselves enables us to lift up, empower, and support others. And, it makes us feel good at the same time! We all draw strength and inspiration from helping others, which, by extension us helpful to our own well-being.

Last week, my team at Synap had a warm glow night of giving that was truly unforgettable for us, and hopefully for many of our friends and colleagues in the tech industry here in Chicago. We co-hosted the first of what will be many Chicago Tech Rocks concerts to raise awareness and $125,000 for six amazing non-profit organizations that are helping to develop a new generation of tech talent in the city.

Thanks to the generosity of the Chicago tech community, our beneficiaries will have a few more dollars to invest in their amazing programs and the future of the young men and women they serve.

Black Tech Mecca - BTM is a collaborative community initiative that is building a thriving black tech ecosystem in Chicago by strengthening connections, quantifying impact and directing growth for individuals, community organizations, and companies.

Genesys Works Chicago - Genesys Works empowers low-income high school students to see themselves as technology professionals and provides tools to make this a reality: IT training, a year-long internship, and guidance from high school, through college, and into the workforce.

Lumity - Lumity mobilizes the corporate and nonprofit community to make Chicagoland a better place to work and live by providing access to STEM career readiness and connecting nonprofits to vital resources.

Project Infinite Green - P.I.G. was created to educate children about the energy sources we rely on in our modern world — from traditional sources of energy to newer, alternative ones that are financially feasible and reasonable to implement.

Year Up Chicago - Year Up empowers low-income young adults to go from poverty to professional careers in a single year.

In addition to our friends at The Chicago Leadership Alliance, ten amazing companies (SAP Fieldglass, kCura, Silicon Valley Bank, Signal, MB Real Estate, Trading Technologies, Zekelman Industries, Centro, Tech Nexus, and the Illinois Technology Association) stepped up to the plate and rallied around the cause. Other organizations like Perfect Cut Productions and The Vig Chicago donated their talents and products to help make the night a success on every level.

Between meeting the students and alumni from our beneficiary organizations and getting a little crazy when the members of our headliner band, Twin Peaks, jumped into the audience to dance with us, the night was more amazing than we imagined it would be. Personally, I can't wait for next year when we’ll be a ball of excitement, and warm glow giving once again!

It’s Our Responsibility: Shaping the Future of Tech

Getting to know Chicago Tech Academy

Get to know the Geek League!

It’s Our Responsibility: Shaping the Future of Tech

Getting to know Chicago Tech Academy

Get to know the Geek League!

Giving to others is giving to yourself 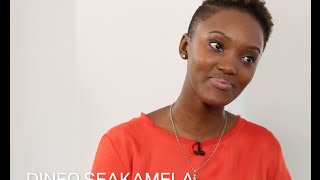 A Conversation with Black Tech Mecca 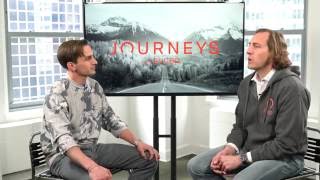 One man's journey from passion to profession